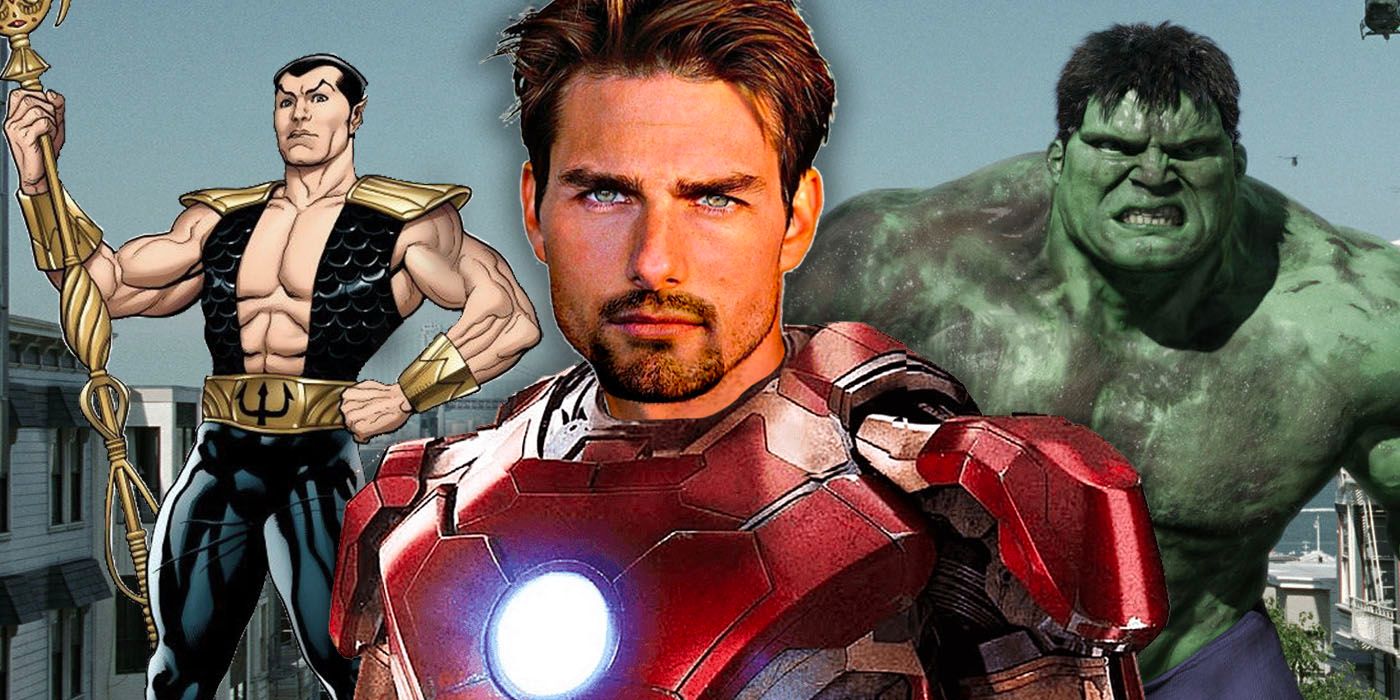 An Iron Man movie released in the 1990s would have changed superhero movies forever. Those same Marvel financial problems of the early ’90s, which led to the company selling off a significant number of important movie rights – like those for X-Men, Iron Man, and Spider-Man – could have meant a completely different MCU and less earning potential now. Even though other film studios tried and failed to turn some of those Marvel properties into successful movie franchises if Iron Man had followed in the footsteps of Sony’s Spider-Man movies or Fox’s X-Men franchise, superhero movies as fans know them would have been hugely different.

The pre-history of Iron Man leading a movie franchise is a long and storied one with multiple false dawns including names and brands as significant as Universal, Fox, New Line Cinema, Quentin Tarantino, Nic Cage, Tom Cruise, and Joss Whedon among many others. It was a project that sat in development hell for over a decade before the rights reverted to Marvel Studios, and Jon Favreau and Robert Downey Jr kicked off one of the most significant movie franchises of all time. But back in 1990, Universal picked those Iron Man movie rights up as Marvel sought to raise funds in the short-term and set about making a movie with Honey, I Shrunk The Kids director Stuart Gordon at the helm.

If all of those plans had come off, Iron Man would have been a completely different movie to the MCU version released in 2008, with MODOK, a new origin for Tony Stark’s hero and an MCU-like story of heroic redemption set in the earliest iterations. And more importantly, the movie would have had far-reaching implications on the superhero genre as a whole, starting with how different the tone and cost of Iron Man would have been. 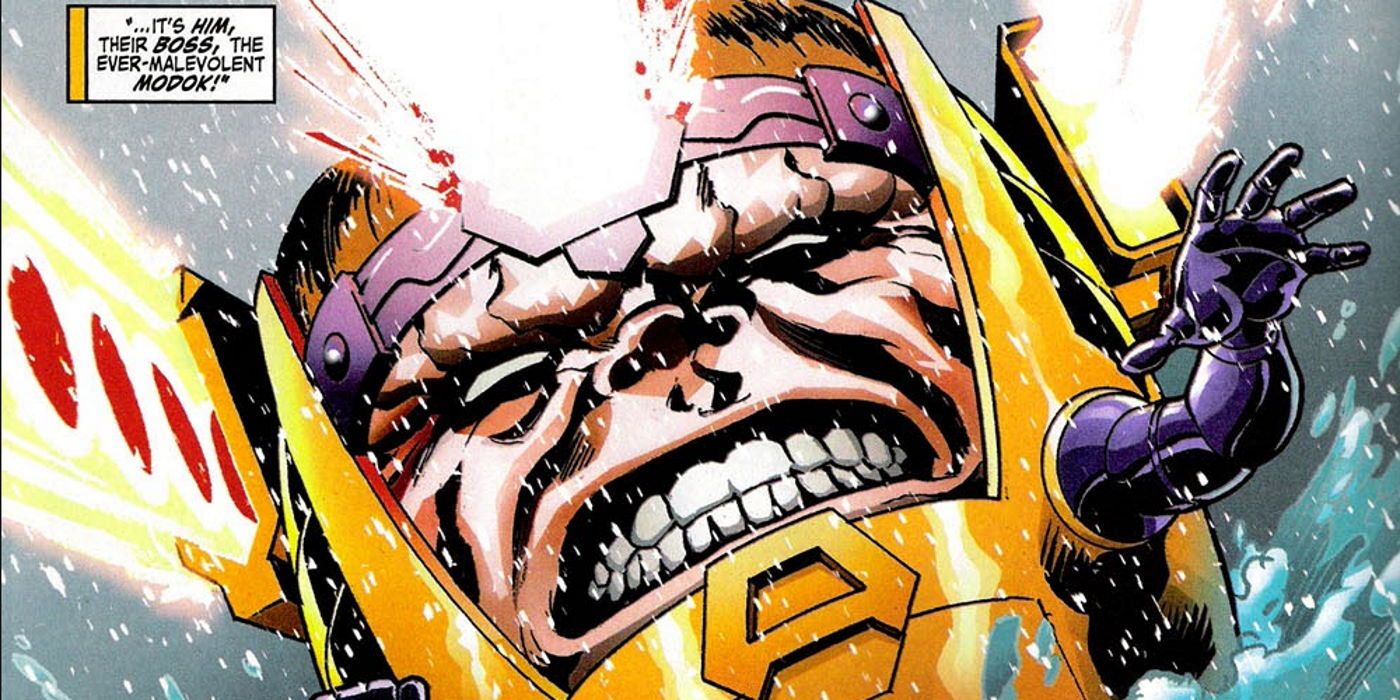 There were lots of Marvel movies almost made in the 1990s and looking at each of the attempts to make an Iron Man movie before Marvel Studios, there could have been major story implications to other linked superhero movies as well as those inevitably inspired by it. If Universal’s earliest plans had delivered a movie with Stuart Gordon directing from an Ed Neumeier script, it would have been low-budget and – rumor has it – focused on an older, retired Tony Stark drawn back into action and no doubt as equally influenced by Neumeier’s RoboCop work as Gordon’s horror gigs. Had it been successful, there would no doubt have been a raft of similar, lower-cost gritty superhero movies seeking to make similar gains.

The other early scripts came with their own potential fallout too, with one script during 20th Century Fox’s ownership of the character introducing MODOK as the main villain and a cluster of other Marvel villains, including Whiplash, Vision, The Virus, and Chameleon. That would presumably have tied those characters to Fox rather than Marvel retaining their rights. Equally, if the later New Line Cinema Iron Man script written in part by Tim McCanlies had gone to the big screen, it would have included Nick Fury and SHIELD and planned to set up a stand-alone Nick Fury spin-off movie, again, removing Marvel Studios’ future ability to use the character for the MCU. 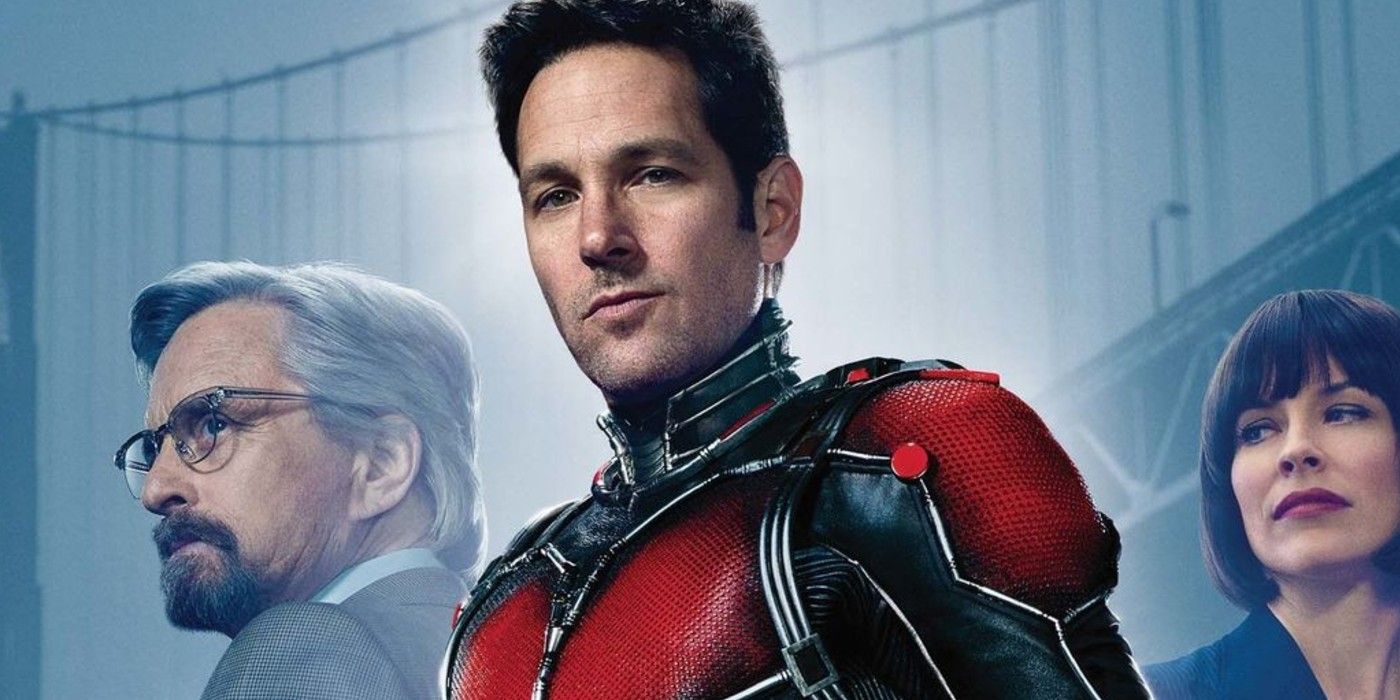 While it may seem that Iron Man’s rights staying outside of Marvel Studios’ control would be catastrophic for the eventual MCU plans, Marvel did still retain the rights to several of their key superhero characters. When Avi Arad and Kevin Feige coined the “MCU” term and looked at a roadmap for ensuring they could maximize financial gain from making their own movies (and not co-producing them), they had ten key properties and the core of the Avengers to play with. Marvel Studios could draw from Ant-Man, The Avengers, Black Panther, Captain America, Cloak & Dagger, Doctor Strange, Hawkeye, Nick Fury, Power Pack, and Shang-Chi and took out a loan of over $500m to kick off the MCU with the movie rights of those ten characters as collateral. So to suggest there’d be no MCU and no Avengers makes no sense.

Marvel Studios were fundamentally driven by a business decision, inspired by the success of other comic book movies, and they would still have ended up at the same core principles for making the MCU. It’s just that their first steps would have been different and their roster would have changed. Given the available character rights, you’d have to suspect that the eventual Avengers team – which would have come after all ten properties got their own movies – would have been led by Ant-Man who was a founding member in the comics, or Captain America who joined in issue #4. With Iron Man’s concerns over accountability and legacy arguably setting the blueprint for the entire narrative of the MCU, the central story through Phase One and beyond would probably have been fundamentally changed too. 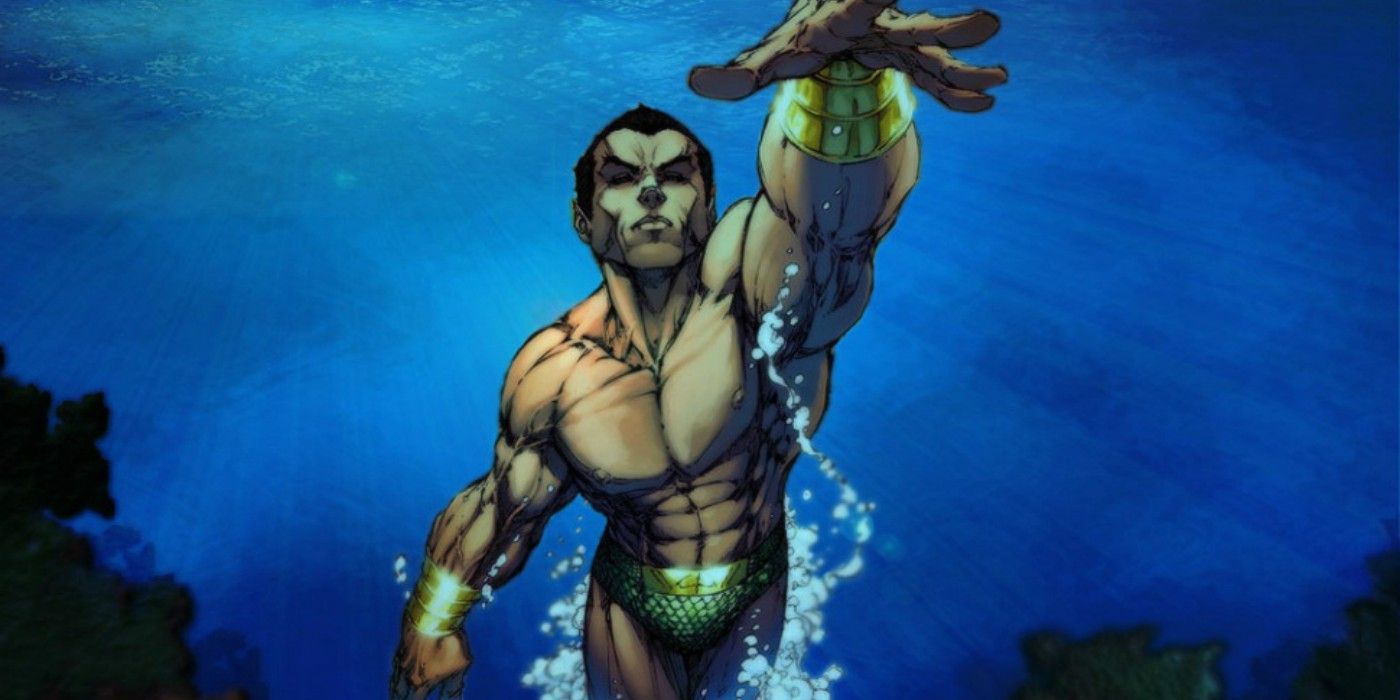 If you take Universal’s attempt to make Iron Man with Stuart Gordon to the end game and assume it was a success, there’s a major possibility that the studio could have emerged as another major player in superhero film-making. Fox had the X-Men and Fantastic Four movies (which is why they dropped Iron Man in the late ’90s after taking the rights from Universal, in fact), Sony had the Spider-Man movies, Marvel could have launched their alternate MCU and Universal would have had Iron Man, Hulk, and Namor to play with. Had Iron Man gone well, Hulk and Namor would undoubtedly have become major investment concerns for the studio.

As the various script ideas from Iron Man’s gestation period suggest, the idea of shared universes wasn’t invented when the MCU was born, and had Universal’s model for superhero expansion been informed by Iron Man’s financial success, it’s interesting to consider the possibility that they would have launched a shared universe. The original plans to bring Hulk into the MCU had him as the villain of The Avengers (as suggested by Iron Man’s post-credits scene) and the characters had clashed repeatedly in the comics, so it could be that Universal followed the same cues as Marvel Studios eventually did by setting up a big battle. Throw Namor into the mix too, with Hulk and Namor spin-offs blossoming out of their Iron Man series debuts and Universal could have had an enviable franchise that would have given fans something even the MCU has failed to achieve. 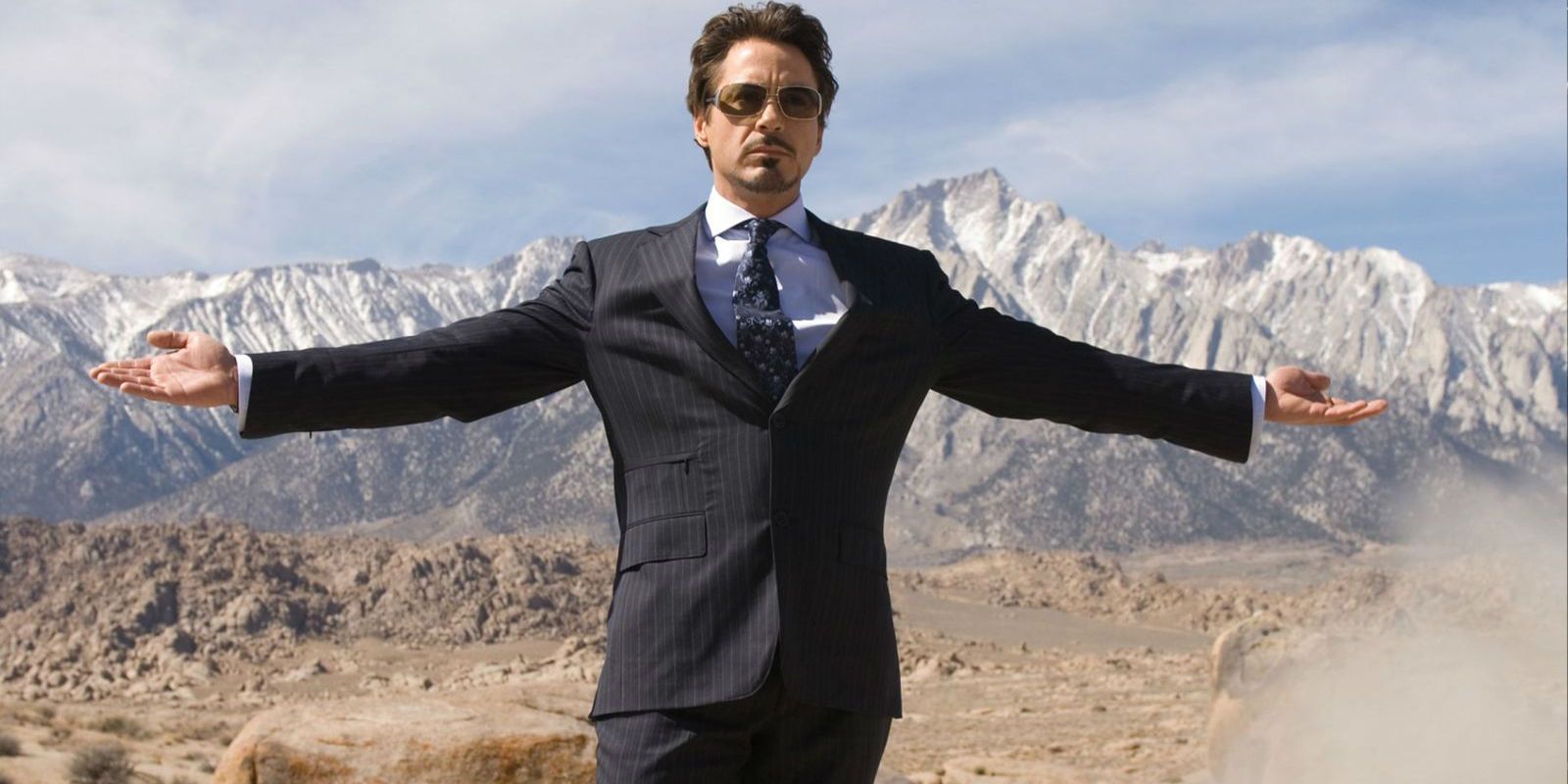 There is simply no separating the success of the MCU and the success of Iron Man (2008). Jon Favreau’s movie is generally accepted as the keystone for the entire franchise with Robert Downey Jr’s Tony Stark instrumental in the franchise’s stunning financial and critical dominance. When Kevin Feige saw Iron Man’s opening weekend take of very nearly $100m, he knew that his studio could make more movies and that they could be tied together, even if the Iron Man post-credits scene makes little actual sense in retrospect. It’s difficult to make assumptions that another movie released in its place wouldn’t have emulated that success, but it’s also stupid to discount the role Robert Downey Jr and the newness of Iron Man (who’d never appeared in a big-screen movie before) had on that success.

Related: Spider-Man is Still Stuck in Tony Stark’s Shadow After Far From Home

Without Iron Man’s success, Marvel Studios’ MCU experiment might well have lost confidence before it even kicked off. Would it be the behemoth franchise it is now? It would certainly be massively different and couldn’t have relied on Iron Man coming into both the Captain America and Spider-Man sub-series to inject their box office power with a little super serum, so who’s to say the MCU would still be around as it was originally planned? The reason for the impact of the franchise’s success, after all, is how surprising that sort of longevity is and how much has had to go Kevin Feige’s way to make it happen.

The MCU’s success also, of course, had a significant impact on its distinguished competition, helping to inform how Warner Bros. would plan their DCEU in the wake of Christopher Nolan’s Dark Knight trilogy. The rush to a shared universe was a direct response to how Marvel Studios had made an incredible amount of money and it made sense in those terms. Without quite so much dominance, the shared universe element may never have been introduced as quite such a conscious part of the DCEU’s marketing, and that in turn could have freed the individual movies from problematic expectations of universe building. After all, it’s only now that Warner Bros. isn’t copying Marvel that their movies are improving. That Iron Man’s success as a 1990s movie could have led to greater success for DC movies today is the strangest footnote on an intriguing alternate timeline.