The Seattle Seahawks of the National Football League have at times been accused of pumping fan noise into their stadium at home games. (from ‘LOUD & CLEAR ; GIANTS HEAR NFL CHECKING NOISE MADE IN SEATTLE,’ New York Post, 09/21/2006) They weren’t, but the raucous crowds in the 72,000-seat facility are so loud that they give their team a home advantage that at times seems too good to be true. In hockey, an engaged fan base is exciting to play before whether they are chanting to pump their guys up before the opening faceoff, jeering the opposing goaltender, or booing the away team’s snipers in a shootout. But not all fan bases are created equal.

Many of the Right Pieces Are in Place

There are a number of factors that suggest Climate Pledge Arena is going to have a great atmosphere. First and foremost, as evidenced by CenturyLink field and its legendary crowd noise, the people of Seattle are engaged and enthusiastic fans. While it’s true that there won’t be the same number of fans in the new dome, it’s also a smaller space, so the 18,000 or so fans should be able to fill it with noise. 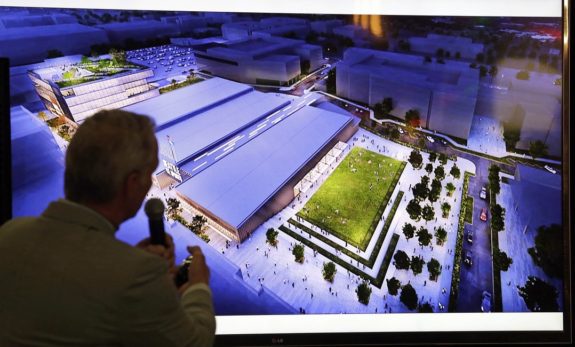 Second is the fact that this fan base isn’t going to need to be taught the basics of hockey. The Seattle Thunderbirds of the WHL are there, the Portland Winterhawks are close, and the Vancouver Canucks play only a short drive across the border, so for many of the people who committed to be season ticket holders, attending an ice hockey game will not be an unfamiliar experience.

The Team Will Need to Help Things Along

Building gameday hype is going to take some smart in-game marketing efforts by the Seattle Kraken themselves. These days it isn’t enough to just have an announcer scream “Make some noise!” and shoot t-shirts into the stands. Promos need to grab people’s attention, either by being interesting, funny or witty, and offer prizes that hold value for those receiving them. Seattle will have the advantage of the latest technology in their new barn, allowing them to put on a topflight show and do things like utilize app-based technology where the fans’ own phones can become a part of the show.

They also need to know their market. The Vegas Golden Knights go all out at T-Mobile Arena, with well-produced, if a bit over-the-top, bits in the pre-game and during T.V. timeouts. But while that’s expected in Vegas, their particular schtick might not appeal to another fan base. It’s up to Seattle to match their presentation to the people for which it’s intended. They’ve got a great name and logo, which lends itself to some obvious gimmicks. Delivering those in the right way will make all the difference. 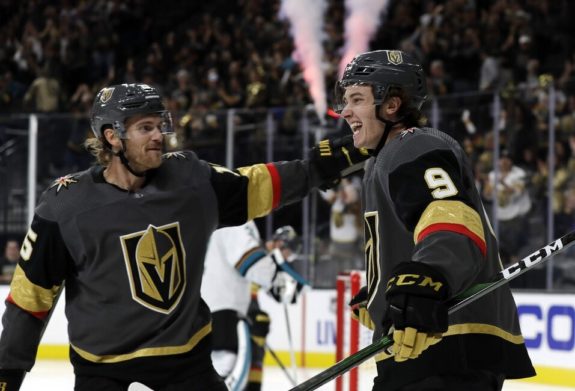 The best home fans don’t just occur accidentally — they need to be curated to a certain degree. In Nashville, renowned league wide for their engaged audience, it was the efforts of the founders of Section 303 beginning even prior to the franchise’s first game that came up with the various fan chants, never afraid to try to get their fellow fans to participate. Not every chant they’ve come up with has stuck, and some feel they’re over-reliant on the phrase “you suck” but overall it’s clear the home fans have bought in.

One Local Is Going the Extra Mile

There are some homegrown efforts to build hype for the Kraken, which are already well under way. I caught up with Brandon Seeley, the man behind a growing movement known as the Kraken Crew. Christened the day the team name was announced, the Crew is closing quickly on a thousand members.

What inspired you to create the Kraken Crew concept?Ask any resident in the state of Washington if they know who the 12’s are and the answer is yes. I’m a fan of football, especially the Seahawks, so the inspiration came from there. Soon after the Seattle Kraken name was announced I figured why not create our own fan club, something to identify ourselves with. The sea, ships, etc. How about a crew?

What’s different about the Seattle fan base?One thing I know is that we’re passionate. Have you ever been to a Seattle Seahawks game? A Seattle Sounders game? The energy fans have around those franchises is unreal. They’ll defend their teams all day and I love it. On any given day you’ll see families walking around with team gear on, flags waving in the neighborhood. I know the Seattle Kraken fans will do the same.

Do you hope for the Kraken Crew to have a presence at games? Leading fan chants or having letters painted on chests?Now that would be awesome. I do envision the crew having this presence at games, bars, watch parties, etc. and hey, I’m all for it if some of the crew paint their chests and get some T.V. time.

What is your favourite thing about the team name/logo?I love that the team name and logo are easily identifiable. It’s bold, unique, a little weird, but hey some would say the city of Seattle is a little weird too (in a good way). The little details in the official “S” are great. The tentacle that flows through and the red eye as the finishing touch. I know a lot of other NHL teams have the color blue in them, but ours just seems different. And don’t forget about the anchor and space needle secondary logo.

Related: Seattle Kraken Have Some Cracking Choices for Their First Head Coach

Any initial thoughts on an ideal coach?That’s a tough one. Do we go with someone who’ll bring a buzz to the building? Someone with a recognizable face behind the bench? Or, go strictly X’s and O’s with a winning history. A couple of names floating around are Peter Laviolette and Gerard Gallant.

Name two players that might be available in the expansion draft that you think would be good pickups?Tyson Jost from Colorado and James van Riemsdyk from Philadelphia. So much will change before the expansion draft, but hey it’s fun to throw names out there. Like, T.J. Oshie *cough cough*. 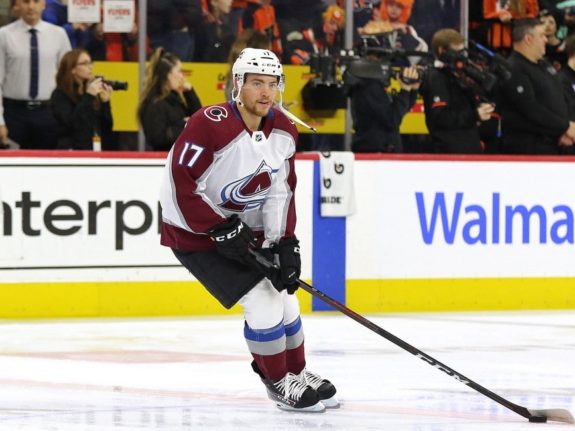 What would a successful inaugural season look like in your mind? Do we make the playoffs?Although making the playoffs isn’t a must, it’d sure help to continue this wave of excitement brewing around the organization. Vegas set the bar pretty high for an expansion team’s inaugural season. No way am I thinking Cup is a must the first season. I’m more interested in the roster!

What’s your story? Have you been a hockey fan all your life?I’m from Hawaii. So, right off the bat you can kind of assume that hockey is not a sport that kids there grow up around. For me it was football, baseball, basketball, etc. I’d be lying if I said I was born an NHL fan. For some reason, though, I always followed the sport even from afar. I really became a fan in 2009. Long story short, but I served six years in the Air Force. The USO and the Seattle Thunderbirds conducted some sort of military appreciation event and I won tickets to a game. After that night I was officially hooked.

Are you backing a team in this year’s Stanley Cup?I’m not. If I HAD to choose one, I’d maybe root for Carter Hart and the Flyers. Honestly, just want some good hockey, which I know we’ll receive.

The Buzz is Building

It’s not only in Seattle that people are getting excited about this new franchise. The initial batches of team logo’d clothing and souvenirs sold out quickly, and the recently opened team store, where a reservation is required before you can shop, is booking three days out. As Brandon mentions, it’s a sharp logo, with a good colour scheme, and it would surprise nobody if the Kraken become one of the top selling teams when it comes to memorabilia. With this much buzz, and games still more than a year away, there is no telling what the ceiling might be.

The post Kraken Will Have to Work to Build an Engaged Fan Base appeared first on The Hockey Writers.

Read more about this at: thehockeywriters.com