In today’s NHL rumor rundown, there is news surrounding just how bad Connor McDavid’s potential injury is from Saturday’s game. So too, how are the Oilers negotiations coming along with Darnell Nurse? There is an update on the Los Angeles Kings and the attention two of their players in particular are getting and what’s the latest on the Montreal Canadiens and Arizona Coyotes?

Kings Attracting a Lot of Attention

Chris Johnston said on Saturday’s Headlines that the Los Angeles Kings are attracting a lot of attention from pro NHL scouts. Among the teams that watched the Kings on Saturday were the Winnipeg Jets and Vegas Golden Knights. They are rumored to be keenly interested in Alec Martinez. 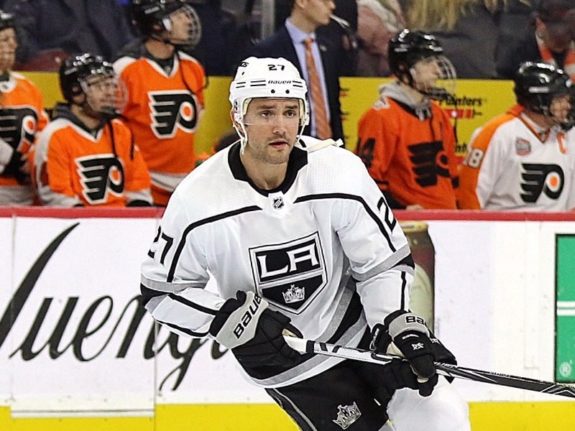 Johnston also noted that Tyler Toffoli is getting a lot of interest. Among the teams kicking tires, the Pittsburgh Penguins and potentially the Calgary Flames have shown an interest.

When asked where Chris Kreider and Jean-Gabriel Pageau might be at in terms of trades or signings, Johnston noted that Kreider and his people have started talking with the New York Rangers but it doesn’t sound like Pageau and the Ottawa Senators have had any meaningful conversations in regards to a new extension.

Related: The NHL’s Evolution of Integration

Oilers Updates on Nurse and McDavid

In respect to a potential deal between the Edmonton Oilers and Darnell Nurse, Elliotte Friedman noted that it sounds like the two sides are making progress. He believes it will be a short-term deal but things are moving along nicely.

In respect to an injury suffered by Connor McDavid, during the second period of the Oilers vs Nashville Predators game, McDavid went hard into the end boards and stayed down for a few seconds. He apparently iced his knee during the intermission but returned for the third. He wasn’t made available after the game to media which led to concern he was hurt.

Coach Dave Tippett said after the game it was a bruise on his knee. He called it “nothing serious” and said that McDavid insisted he was good to go. The reason he wasn’t made available to media was because the Oilers were icing his knee right away as a safety precaution.

Bruised knee, "nothing serious" for McDavid, according to #Oilers bench boss Dave Tippett. The captain received ice treatment between periods & post-game as well.

TSN’s Darren Dreger reports that sources are telling him that there are at least 20 incidents of the athletic testing violations the Arizona Coyotes are being accused of. As such, the case has now been handed over to NHL Deputy Commissioner Bill Daly.

Essentially, for any recruitment violation done by fitness testing draft prospects before the NHL Scouting Combine, the Coyotes could face a fine of $250K which means a total fine of up to $5 million.

While trade rumors swirl around the Montreal Canadiens, TVA Sports Renaud Lavoie is denying reports the Canadiens are shopping either of Tomas Tatar or Jeff Petry. Lavoie claims it’s possible one or both get moved but the Canadiens aren’t looking to nor are they under any pressure to do so. 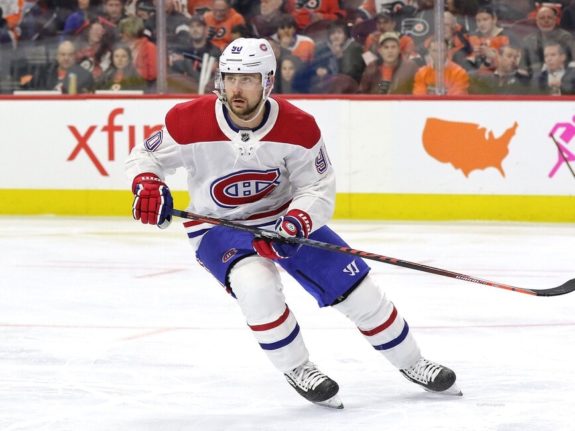 The latest buzz was that the Oilers were interested in Tatar but if the asking price is high, likely won’t be players on that kind of deal. Lavoie also doesn’t expect Canadiens general manager Marc Bergevin to be busy at the trade deadline despite how many players out of their lineup are in the rumor mill.

IOC Wants the NHL at the Olympics

Elliotte Friedman noted on Saturday night that it sounds like Rene Fasel and the International Olympic Committee (IOC) have come back to the NHL and Gary Bettman and made a number of concessions that might help move forward the process of NHL players being at the upcoming Olympics.

Friedman said the IOC made it clear they would address some of the NHL’s biggest concerns including insurance, travel costs, marketing rights, Olympic video usage and more. In essence, it appears the ICO has said they’ll give the NHL what they want to get their players involved.

Catch up on all the latest NHL Rumors

Read more about this at: thehockeywriters.com