PokerStars will have a presence in Las Vegas after becoming the ‘Official Poker Partner’ of the Ultimate Fighting Championship starting with the Jones vs Gustafsson dust-up at the T-Mobile Arena in Las Vegas on Saturday. 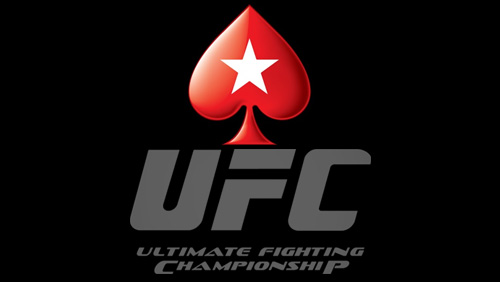 The first vacation I ever took with my wife was to Thailand. She booked it, so I had no right to complain, but I did. The World Series of Poker (WSOP) bracelet winner, Ronnie Bardah, suggested that we check out a Muay Thai boxing camp in Ruawai beach.

I spent a fortnight, waking at 5 am, going through the most punishing of regimes until noon, then a quick glug of coconut milk before heading back for more.

My knuckles, knees and feet were red raw.

So, when they put me in the ring with my good lady wife for a spot of boxing, I took my chance. With a few seconds of the round left, I plonked her on the nose.

It was only a little jab, but she went insane.

She pulled out a windmill, and as I fell back into the corner under the sheer force of the air coming from her rotating arms, the trainers grabbed my limbs, leaving my beautiful face open to hell.

So when it comes to a story on Mixed Martial Arts (MMA) and poker, I’m your man.

The Stars Group Climb Into the Octagon.

The Stars Group (TSG) and the Ultimate Fighting Championship (UFC) have jumped into the same Las Vegas cab in a deal that will see PokerStars and the UFC head to the T-Mobile Arena in Las Vegas.

The deal means PokerStars branding will adorn The Octagon, UFC’s telecast and digital/social media platforms beginning with UFC 232: Jones vs Gustafsson 2 at the T-Mobile Arena in Las Vegas Saturday, December 29 as the UFC’s Official Poker Partner.

Nevadan legal eagles buried PokerStars alive in bad actor litigation in 2013 after the state became the first to welcome back online poker as a legitimate and fully regulated offering back in 2013.

With the UFC and Las Vegas inextricably linked it gives TSG the opportunity to sear the PokerStars and BetStars brands into the minds of Las Vegas-based punters in preparation for their return once a priest has absolved of them of all sin.

Writing about the deal, Christophe Coyne, Chief Marketing Officer, of Stars Interactive, said that UFC and PokerStars have a lot in common, with the UFC being the world’s leading MMA promoter and PokerStars being the heavyweight of online poker.

Maybe TSG could pick up a few tips from the UFC on how to send partypoker to the canvas, or ask my missus how to do the windmill.

The post PokerStars become the ‘Official Poker Partner’ of the UFC appeared first on CalvinAyre.com.

Read more about this at: calvinayre.com