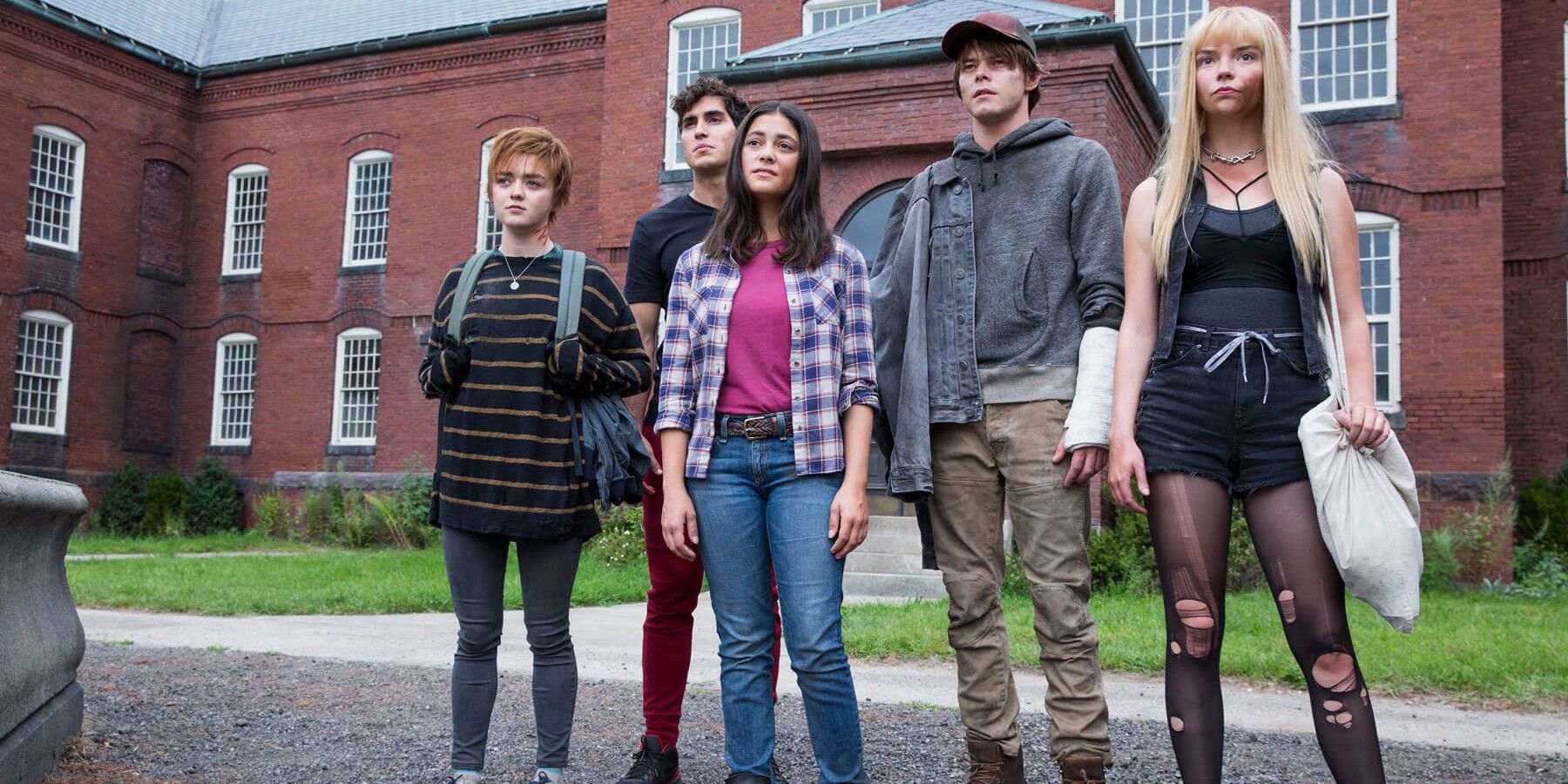 The latest image from The New Mutants shows off Mirage’s superpowers in the movie. After being delayed for two years because of the Disney-Fox purchase, The New Mutants was pushed back yet again last week due to the coronavirus outbreak. Directed by Josh Boone, the film stars Maisie Wiliams, Anya Taylor-Joy, Charlie Heaton, Blu Hunt, and Henry Zaga as young mutants who’re still learning to control their abilities when they find themselves held prisoner in a secret facility. While the editing process stalled due to the Disney-Fox deal, Boone confirmed he’s put the finishing touches on the movie earlier this month.

With post-production done, The New Mutants marketing has finally been able to show off the film’s VFX of late. That includes the super-abilities of characters like Danielle Moonstar aka. Mirage (Hunt), a mutant who can create illusions based on people’s fears and inner desires. For the movie, Boone and his co-writer Knate Lee have adapted elements of The Demon Bear Saga, a comic book storyline that pits Mirage and the other New Mutants against the mysterious Demon Bear that’s long haunted her dreams. However, thanks to her superpowers, it seems the creature is able to follow Danielle into the real-world in the film.

Speaking to Empire, Hunt (who is of Native American Lakota ancestry) said it was “an honor” for her to play an indigenous superhero in The New Mutants, adding “I’m not just in the background, to please people. I’m carrying the movie.” She also talked about the experience of getting to finally watch the movie’s finished cut this year, having shot The New Mutants all the way back in 2017. You can check out her quote below, followed by Empire’s exclusive image of Mirage in The New Mutants.

“It was overwhelming. I never thought I’d see myself in a movie, and the first shot is of my face! I was shaking in the theatre, but Maisie [Williams] grabbed me, like, ‘You’re good! It’s good!’” 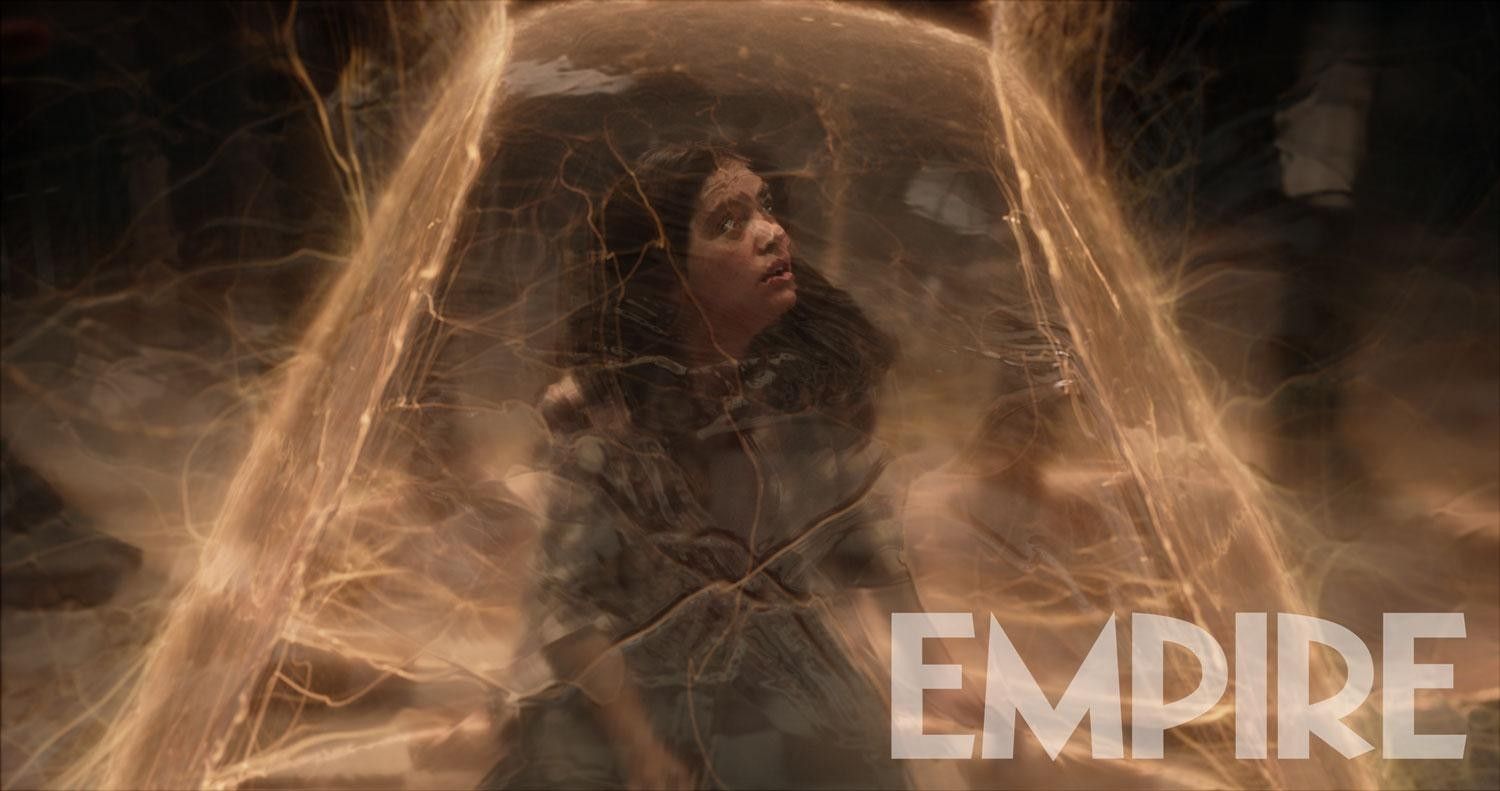 Mirage has been featured heavily throughout The New Mutants’ TV spots and trailers so far, and it’s clear she plays an important role in the movie’s narrative. Some have even speculated the film will reinvent Demon Bear by making the mysterious creature a product of her fears that’s manifested in the real world through her superpowers. The idea of The New Mutants being their own worst enemies would be in keeping with Boone’s description of the plot, which he’s likened to a YA coming of age drama crossed with horror films like The Shining and A Nightmare on Elm Street 3: Dream Warriors. Whatever the case, Mirage and her abilities will be at the heart of the conflict.

In addition to being the rare indigenous superhero featured in a movie, Mirage is confirmed to have a queer romance with her fellow New Mutant Rahne Sinclar aka. Wolfsbane (Williams) in Boone’s film. The director has assured their love story is central to the movie’s character-driven drama, with Williams similarly promising the pair’s relationship is not a “gimmick” and informs their respective arcs in the narrative. For these reasons and more, The New Mutants has the potential to become a true ground-breaker for the superhero genre… whenever it actually opens in theaters, that is.

NEXT: New Mutants 2 Had Already Cast Antonio Banderas as a Villain